This Home We Defend 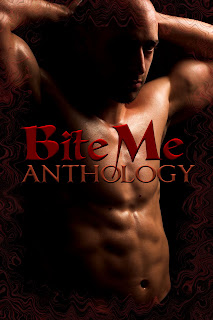 Hidden in plain view, taboo lovers bond in ways mundane eyes cannot see. When two are not enough, "Bite Me" shows how three can seal their truest carnal connections. When Needed, by Sean Michael, starts off with Jen, whose two faithful canine companions might be more than they seem. In Like a Thousand Miles of Fire, Marie Carlson's half-demon Crystal Andraya finds strength in the arms of her vampire lovers as war between their races looms. In Joyce Sully's Roll Up, a joyless student falls for a sideshow huckster and a cannibal queen.

In Julia Talbot's Changing Shifts, Dave has to explain to his roommates why he's suddenly shunning sunlight. Mercy Loomis unmasks a vampire demon in Empusa, whose lovers don't usually live to tell the tale. A different kind of mystery hooks Monica in CC Bridges' Dog Days. Her best friend has disappeared, and the two strangers who show up in her life have secrets they want to keep.

In Giselle Renarde's Shadow People, PI Anna Fairclough is chosen to investigate the elusive Inuit Shadow People. Vic Winter's Owen thinks he might be crazy when he finds a strange woman in the park, but his lover Tommy knows what to do. In This Home We Defend, by J Rocci, Zev unwittingly brings his pack into danger when a new Alpha issues an unusual challenge. Finally, in A Family Business, by BA Tortuga, Kit has a hard time juggling the family demon hunting business with two vampire lovers.
Posted by J. Rocci at 8/31/2010 06:21:00 PM